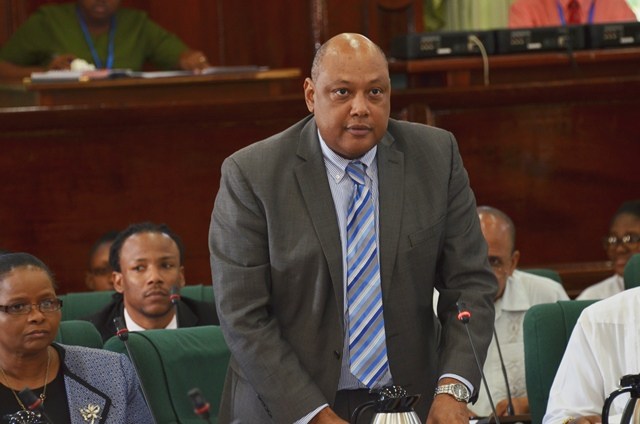 Guyana is now in compliance with the Convention on International Endangered Species of Wild Fauna and Flora (CITES) with the passage of the Wildlife Conservation and Management Bill 2016 late last evening in the National Assembly.

Presenting the Bill for a second time in the House followed by its examination in Select Committee, Minister of Natural Resources, Raphael Trotman led the House through several amendments before its adoption and passage.

Trotman told the National Assembly that “time is of the essence” as it is critical for the bill to be passed to avoid CITES sanctions. The legislation fulfils Guyana’s requirements as a party to CITES.

“This membership devolves on us certain responsibilities including having appropriate laws and regulations to safeguard that flora and fauna,” Trotman told the National Assembly.

Failure to pass the Bill, Guyana could have faced sanctions from CITES at its conference in September 2016. There were two previous attempts, in 2013 and 2014, to have the bill passed.

Minister of Agriculture, Noel Holder making his presentation on the Wildlife bill 2016

CITES has commended Guyana for the legislation as drafted, Trotman said. Previously, Guyana relied on legislation from the Environmental Protection Agency (EPA) to address wildlife issues.

The key objectives of the Wildlife Bill are: to create a supportive mechanism cognisant of the national goals of wildlife protection, conservation management and sustainable use, to create a national framework and mechanisms governing the local and international trade in all species of Guyana’s wildlife, to implement the primary provisions of the convention and also to provide a framework of licencing and decisions which support core principles of transparency, certainty, natural justice and fairness. The bill also makes provisions for captive breeding and wildlife ranching.

Agriculture Minister Noel Holder said that the bill signifies willingness by the government to protect the country’s resources. It will support communities and private citizens who are desirous of establishing wildlife conservancies, and will allow the benefits to ensue in order to encourage wildlife management.

“We recognise that wildlife exploitation exists and it is a legitimate issue. The bill allows for the rescue, rehabilitation and return of wildlife to the wild through the establishment of facilities and the development of programmes to conduct these activities,” Minister Holder stated.

The bill establishes and incorporates a Guyana Wildlife Conservation and Management Commission which is also designated as the CITES Management Authority for Guyana. Further, the Ministry of Agriculture will be tabling an Animal Welfare bill to support he provisions of the Wildlife Bill, Holder said.

“Mr. Speaker, this bill brings Guyana on par with the International best practices for the licencing and establishment of Zoos,” the Minister asserted.

Holder added that his ministry will support the implementation of the provisions of the Bill through monitoring of the health status of animals that are held in the various facilities.

“Through the Guyana Livestock Development Authority, the Government will be conducting disease surveillance activities, monitoring health status and issuing International Health Certificates in keeping with the requirements of the World Animal Health Organisation (OIE). The GLDA will be involved in the protection of human health by providing surveillance against zoonotic diseases that can pose a threat to human lives,” the Agriculture Minister further explained.