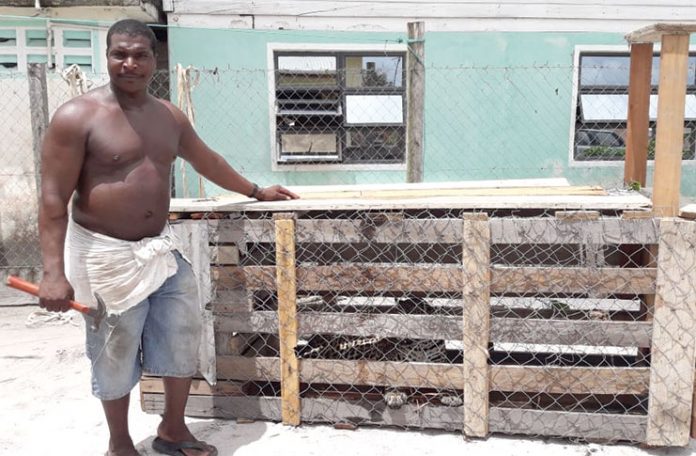 The Guyana Wildlife Conservation and Management Commission (GWCMC) received a report on Wednesday, May 22, 2019 of a jaguar that was trapped in Lima Sands. The GWCMC embarked on an operation to take custody of the animal on Thursday, May 23, 2019. The Commission partnered with the Corps of Wardens, Ministry of Natural Resources in this exercise. Upon investigation, it was revealed that the jaguar was being held by the trapper at his home.  The team of officers identified themselves to Mr. Marvin Calvan, who had constructed the trap. After engaging with Mr. Calvan and his sister, Ms. Sheneva Calvan, the GWCMC took custody of the jaguar. The animal was moved to a cage and the trap was removed and destroyed.  A sample of blood was taken from the animal which has since been released.

The GWCMC reminds the public that under Regulation 4(7) of the Wildlife Conservation, Management and Sustainable Use Regulations (2019), the jaguar is a protected species. Under Section 69 of the Wildlife Conservation and Management Act (2016) it is an offence to have wildlife in possession or display to the public without the necessary authorisation. Any person who violates this will be liable to pay a fine of $750,000 to $2,000,000 and face imprisonment of up to 3 years.

We also advise that communities having wildlife-related issues report these to the Commission so that appropriate means can be developed to ensure mutual existence between the animal(s) and residents. The GWCMC does not recommend trapping of big cats in conflict situations. The Commission must first conduct an assessment to determine what action is merited and the permission of the Commission is required in order to trap the animals. Further, if a jaguar is trapped or killed for any reason, a report should be made to the nearest police station or to the Commission.