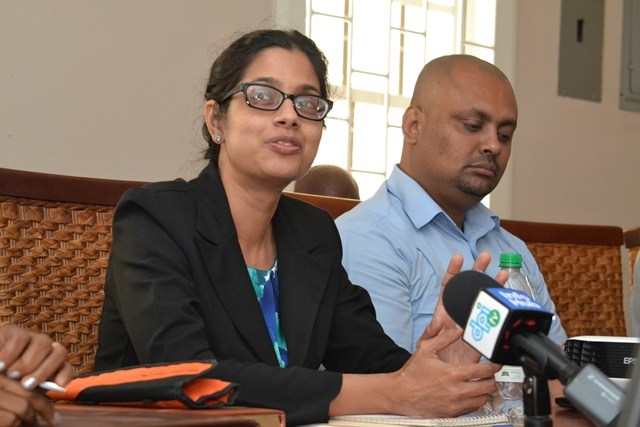 The Guyana Wildlife Conservation and Management Commission (GWCMC), which falls under the purview of the Department of the Environment, will this year continue to focus on capacity building by implementing measures aimed at strengthening its legal and institutional framework.

Head of the Commission, Alona Sankar during a recent sector review said the GWCMC is working on the development of a 10-year strategic plan and building its human resource capacity.

She highlighted several challenges to the Commission’s effective functioning, among them, the late start to the trading year, revenue generation and space constraints.

Minister of State, Joseph Harmon, who attended the meeting noted that “I understand the concerns which you have and I trust this year, moving forward you will be able to catch up and that three-month period of overlap… [I hope] you will be able to have all the systems coincide”.

The GWCMC is working on developing regulations on the hunting, trapping, trade, protection, conservation, management and sustainable use of wildlife, the design, management and operation of wildlife holding premises, the international and local wildlife trade and the development of the licensing process for commercial dealers.

The Minister called for the finalising of these regulations to be expedited so that it can be operationalised since it is key to the execution of the Commission’s work programme.

He committed to addressing the challenges, which include financial and human resource constraints.

“There are some issues we need to deal with on a one on one. Some of it has to do with the way some of your responsibilities reside in another department’s Act and I think we need to streamline them and have them fixed during the course of 2018,” Minister Harmon said.

Part of the GWCMC efforts to strengthen its legal and institutional framework include the finalisation of regulations on holding premises and domestic wildlife use and management, determination of the way forward with regard to regulations on zoos, the development of transportation regulations and the protocol on responses to wildlife incident reports.

In 2017, the Commission considered applications for the export of non-quota species, establishment of annual export quota and conducted species assessment, which formed part of the work of the Wildlife Scientific Committee.

The GWCMC, formerly the Wildlife Division, is the operational arm of the Wildlife Management Authority and the Wildlife Scientific Authority. It executes the daily activities associated with the regulation of the international wildlife trade.